Every other real estate agent that they had spoken to told them that they would love to help them sell the property just as soon as they had taken care of their ‘occupant issue’. They thought that he was just a drunk on an extended binge. All of his roommates had moved out and he hadn’t paid the rent in a couple of months. They knew that his mother had written them a check for the back-rent, but it was in his possession and he wasn’t giving it up. They knew that it was finally time to sell the home that she had purchased before they were married and had kept as a rental property for several years, but they didn’t know how to deal with this renegade squatter. All that I knew was that my mission is to provide ‘Above & Beyond’ full-service real estate brokerage services and that I had no qualms with knocking on doors or dealing with drunkards. And then, they remembered to mention that he really loved hunting and was probably heavily armed.

His dog took a liking to me. The dog who didn’t like anybody, so he said he’d give me a chance. When he introduced himself as Jesus Christ I knew there was more to his problems than just drinking. I told him that we would get along fine because that meant he was my best friend. He then proceeded to go off on a rant about how the world didn’t seem to understand him, especially all of the women down on Dickson Street. He showed me around the house and it had been trashed. Literally. I don’t know how long it had been since he had taken out the trash but on a future count, there were well over 100 snuff tobacco cans alone on a table in the bedroom. The dog had some sort of intestinal issues as was evidenced all over the floors and furniture.

However, since I was available to listen and didn’t give him a hard time about being him we got to a point at which he was comfortable handing me the check designated for the Owners. After reassuring him that I wouldn’t let anybody in the house without him knowing I suggested he do his best to find a place within the next week or two. While he didn’t like the idea, he knew that he needed to.

I delivered the check to the owners directly following this interesting meeting and they felt that I had truly earned the opportunity to serve them. The tenant had moved most of his stuff out by the following weekend. In what may have been a bit of a miracle I happened to have a buyer that was looking for a project. It closed 3 weeks later.

This is one example of what we mean when we say we offer ‘Above & Beyond’ full-service real estate brokerage services. If you know anyone who would like to save money & headaches on their Fayetteville, Arkansas real estate transactions, please have them give us a call. Hopefully, they won’t be dealing with quite as dramatic a mess… 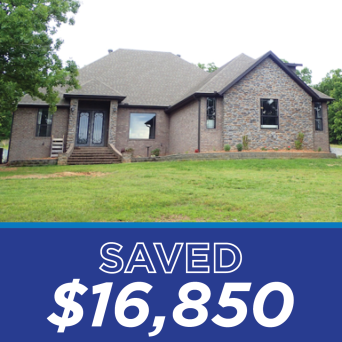 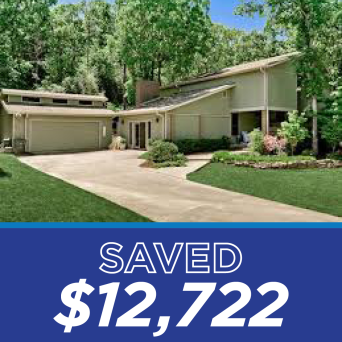 A five-minute phone call engages your “Happily Ever After”…